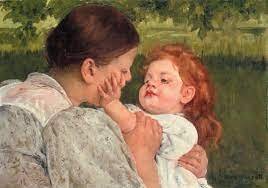 The American painter Mary Cassatt is not only famous for all the Mary Cassatt artworks but also for her work as an activist for equal rights for the sexes in art. She was the first woman in many exhibitions and movements which had been exclusively male-orientated in the late 1800s. The famous museums where her works are housed nowadays show that she was successful as an artist and activist.

Her work was not consistently recognized in her early years as a painter. Nowadays, however, the 306 paintings she created are all sought after. Most of her works are part of permanent exhibitions in art museums.

In this article, we’ll briefly look at some of the world-famous art museums housing the artworks of Mary Cassatt. Then, we’ll share some interesting facts regarding the museums and some of the artworks they are housing.

The Art Institute of Chicago

The Art Institute in Chicago’s Grant Park was founded in 1879 and is one of the world’s oldest and largest art museums. About 1.5 million visit the Institute annually. Its permanent collection of nearly 300,000 artworks is one of the places to learn about Mary Cassatt’s famous paintings.

More than 30 special exhibitions augment their works of art. These exhibitions illuminate aspects of the collection and present material for scientific research.

The Metropolitan Museum of Art of New York City

Founded in 1870, its mission is to bring art and art education to the American people. Mary Cassatt helped to establish this museum. Today, some of her masterworks can be seen in the Met. “Lilacs in a Window” is one of the paintings housed in the Met. This is one of the very few still-lifes she created. It was originally executed for the Parisian art collector Moyse Dreyfus.

The MFA is one of the most comprehensive art collections in the Americas and has more than 1.2 million visitors annually. Also, it should be noted that it is the 52nd–most visited art museum in the world.

“Tea” and “In the Loge” are two of the Cassatt paintings housed in the Museum of Fine Arts. “In The Loge” is an 1878 Impressionist painting by the American artist Mary Cassatt. It illustrates a woman at the Garnier Opera using opera glasses to watch the opera. But she is being spied upon by a man in the audience.

The Musée d’Orsay is a museum in Paris, France, and is housed in the former Gare d’Orsay – a railway station built between 1898 and 1900. Although the museum holds mainly French art, it also houses artworks of the American painter Mary Cassatt. However, she lived in France for the most significant part of her life.

Two Cassatt paintings in the Musee d’Orsay are “Mandolin Player” and “Margot Wearing a Bonnet (no. 1).”

The Museum of Modern Art (MoMA)

The Museum of Modern Art (MoMA) is an art museum in Midtown Manhattan, New York City. It plays a significant role in collecting modern art. As a result, it is often referred to as one of the world’s largest and most influential museums of modern art.

MoMA is one of the places to study Mary Cassatt’s drawings because MoMA’s library includes approximately 300,000 books and exhibition catalogs and more than 1,000 periodical articles.

The Cassatt artworks housed in the MoMA include “In the Opera Box (No. 2)”, “Under the Horse-Chestnut Tree,” and “By the Pond.”

Although Mary Cassatt was not consistently recognized for her art during the early years of her painting career, her works are nowadays sought after. Her fame has resulted in famous art museums buying her pieces for their permanent collections. As a result, one or more of her works can be found in the most famous art museums.